In marketing we love change, but what about what won’t? Here are 7 unchanging principles of effective communication that are based on how our brains work, not on how specific technology works.

Papyrus, paper, the printing press, television, the internet, the smartphone: the new communication technologies with the power to shape human culture invariably lead to revolutions in commercial communication too. The metaverse could be next, although I’m not really into making predictions.

So while marketing’s obsession with the shiny and new is often derided, it does have some justification.

But from the quantity of talks and content focusing on new stuff, you’d be forgiven for thinking that change is the only thing that matters. When actually it’s what won’t change that’s as important.

In 2019 Jeff Bezos made a brilliant case for people to focus less on what’s changing and more on what’s not. “I very frequently get the question: ‘What’s going to change in the next 10 years?’…I almost never get the question: ‘What’s not going to change in the next 10 years?’ And I submit to you that that second question is actually the more important of the two, because you can build a business strategy around the things that are stable in time.”

American creative director Bill Bernbach made essentially the same plea more than half a century before. “It took millions of years for man’s instincts to develop…It is fashionable to talk about changing man. A communicator must be concerned with the unchanging man. With his obsessive drive to survive, to be admired, to succeed, to love, to take care of his own.”

So what are the unchanging fundamentals of marketing communication that will always be true regardless of the technologies we use to exploit them?

The most important tech of all

Let’s start with the brain. All other developments in communication technology are really just software: the human brain is the hardware they all have to run on. Specifically the circa 150 million-year-old limbic system that governs our primitive physical and emotional drives, our motivations, memories and decision making.

When an external stimulus is received, electrochemical signals get sent on to the central nervous system, and are then cross-referenced with information already stored in our brains to determine the appropriate behavioural response (eg fight or flight? Pleasure or pain? Ignore or pay attention?). Over time, consistent, distinctive stimuli create a network of associations which inform our behaviours, which psychologist and economist Daniel Kahneman called ‘The associative memory’. So a brand is actually a real, physical thing in our brain, a network of memories and associations.

Kahneman outlined the two systems of mental processes that govern all human behaviour and decision making. System 1 is quick, intuitive, automatic, lazy and effortless, and governs the vast majority of our decisions and behaviour. System 2 is slower, more conscious, more deliberative and more effortful, and is responsible for only a tiny minority of our behaviour. So although people assume we’re thinking creatures that feel, we’re actually feeling creatures that think, according to neuroanatomist Jill Bolte Taylor.

Here’s a fun question posed by Phil Barden, author of ‘Decoded: The Science Behind Why We Buy’. Which of these two brain scans shows the brain of someone choosing their favourite brand and which is the same person choosing a less favoured brand from their repertoire?

Contrary to what most marketers assume, the answer is the right hand scan. They get this wrong and choose the left hand one showing more ‘hotspots’ of neural activity (probably because they’ve bought the idea that their job is to make people love their brands as much as they do). But System 1 decisions are ‘no-brainers’, they’re automatic with little cognitive effort. Our brains are lazy and are always looking to conserve energy by taking shortcuts. And brands work as shortcuts to people’s functional and emotional goals. So we need to make our brands no-brainers, not Lovemarks.

To do this we need to deliver consistently distinctive stimuli that can earn people’s attention, build brand memories and create an expectation that a brand will meet its goals.

But how? Here are seven fundamental principles of effective marketing communication that will always be true because they’re based on how our brains work, not on how any specific technology works. Sorry they’re not ‘new’, but that’s sort of the point.

One of the few actual scientific laws of marketing is that a brand’s growth is driven primarily by acquiring new and light buyers. This has been known for more than half a century and has repeatedly been found to be true in every category. A marketer not believing this and thinking they can grow their brand primarily by driving loyalty from existing heavy customers is like a physicist not believing in gravity.

So my first fundamental principle of marketing communication is that your focus needs to be on reaching loads of people who are mostly not that into you. As Martin Weigel puts it: “Your brand’s health depends on lots of people who don’t know you well, don’t think of you much and don’t buy you often, if at all.”

Regardless of how technology changes our ability to target people, reaching beyond existing heavy buyers will always be essential. So remember your most important audience isn’t nearly as obsessed about your products as you are and don’t just speak to existing fans.

Obviously alongside reaching these mostly disinterested new and light buyers, you’re going to need to earn their attention. Loyal users will be primed to notice your communication anyway, so you’ll have to work harder to cut through the clutter with new or lighter buyers. ‘Cutting through the clutter’ is a cliché for a reason. No communication ever exists in beautiful isolation. But if you’re tempted to think ad clutter is a modern problem, think again. There is a painting called ‘Modern Advertising: A Railway Station’ by Alfred Concanen from 1874, which appears to mirror a modern day site, overloaded with ads, but none of them really grabbing you.

A personal favourite example of attention-grabbing communication from KFC was an inspired way to draw attention to a message that was really just another corporate apology.

Thank FCK it didn’t just publish the standard dull-looking letter from the CEO, like most brands would have done.

Attention looks like it’s finally getting the attention it deserves, with attention measurement tools becoming available, and the potential for its use as a media currency being explored. Karen Nelson-Field is leading the way here, and while it’s early days, the attention age appears to be dawning.

Creative has repeatedly been found to be the strongest driver of sales and profitability, over and above media or targeting, by various studies from Nielsen, the IPA and others. Creativity means a lot of things to lots of people, so what is it really?

I love this definition by technology strategist Faris Yakob, which reminds us that it doesn’t mean pure originality and that new ideas are always recombinations of existing ideas: “Good ideas are non-obvious, non-trivial, combinations”. It has echoes of the timeless criteria new inventions must meet from the US Patent Office, ‘Novel, non-obvious, useful’, which is also perfectly true of great creativity.

BBH’s first ever ad for Black Levi’s in the early 80s illustrates one of the most timeless creative principles.

It exploits the ‘Von Restorff effect’, a theory coined by psychiatrist Hedwig von Restorff in 1933, that predicts when multiple similar things are presented, the one that differs most is more likely to be remembered. 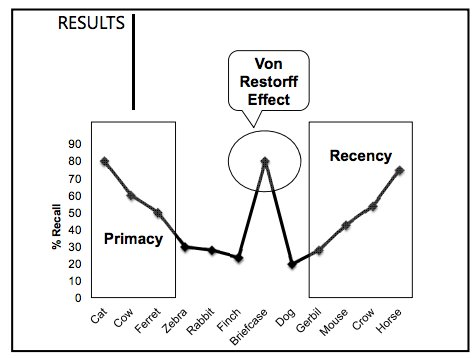 It’s worth noting, though, that while the Von Restorff effect works to get attention, it won’t work if the object of attention is not relevant or motivating. More on that later.

And yet there’s so much sameness in advertising today. At BBHLabs a couple of years ago we counted 27 end lines in the format ‘Find your X’ and there have been many more since. 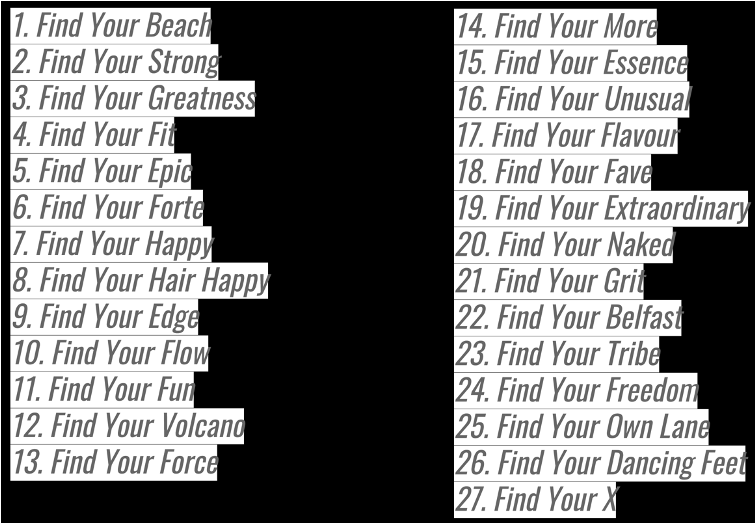 Every category has its own sea of sameness that you need to stand apart from, like this one below from the UK mobile handset category. 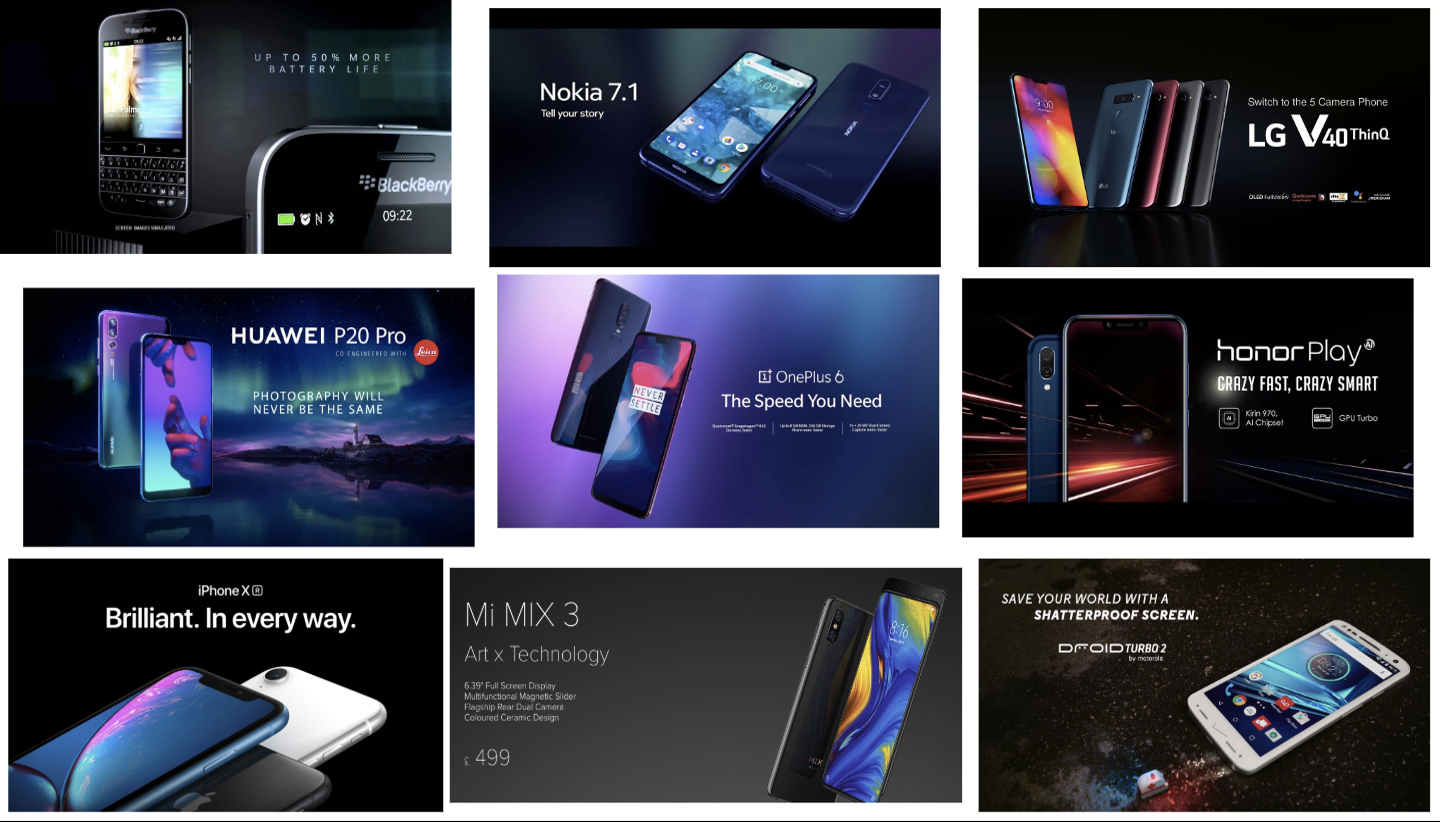 Making a ‘sea of sameness’ like this is a classic trick to help you avoid the modern marketing wind tunnel by persuading colleagues of the risks of not standing out.

Human creativity will be with us forever, and will be a competitive advantage forever, for companies that choose the rational, sensible, less risky path of deciding to use it.

McDonald’s is one of the best examples of a brand that nails this time after time. It has built and nurtured a pool of distinctive assets over decades that it draws on and plays with in much of its work.

In order to strengthen and reinforce brand memories, your communication needs to be consistently distinctive. Byron Sharp says: “You cannot be distinctive if you are not consistent.” But consistency is probably one of the most commonly ignored principles of great communication. The temptation for new CMOs and agencies to change everything is usually just too strong. It’s not enough to create a series of unconnected fireworks – despite industry creative awards prizing discontinuity far more highly than consistency. You need to find ways of moving it on without moving it off, to find the right balance between freshness and familiarity.

Consistency is more profitable than inconsistency. In an analysis of 1,500 campaigns by Ebiquity, long-running distinctive brand campaigns were found to deliver ROIs +62% versus the rest. Ebiquity also found that second and third bursts of campaigns on average generate ROIs 30% higher than the first burst, as they build on the brand recognition scores initially achieved.

When people talk about emotion in advertising they tend to think it’s limited to emotional storytelling in video. But some kind of emotional reaction is necessary in order to achieve a behavioural response to any kind of stimulus. People can have an emotional response to any format, of any length, albeit the intensity of the emotional response will vary. A seemingly rational messaging can have an emotional effect: a search ad saying ‘half price champagne’ could cause a strong emotional and behavioural reaction. So beware talking about ‘rational’ versus ‘emotional’ ads – always think about emotion as a consumer response to communication, not an executional input into it.

‘Emotion’ is actually not what motivates people in communication. Motivation is aided by including something that reinforces what the brand helps you to achieve. So the famously emotional John Lewis Christmas campaign in the UK works because of the double whammy of emotional response and motivation. It makes people cry and sometimes laugh (earning attention, creating memories, getting it shared) but it also shows John Lewis shoppers are ‘thoughtful gifters’ (an implicit goal the audience want to achieve). The emotion evoked by a piece of communication and the implicit goal it promises to help people achieve can be quite different things.

So there it is: one unchanging piece of communications hardware, the brain, and seven unchanging principles of effective marketing communication that can get that hardware working for your brand: reach, attention, creativity, distinctiveness, consistency, emotion and motivation. 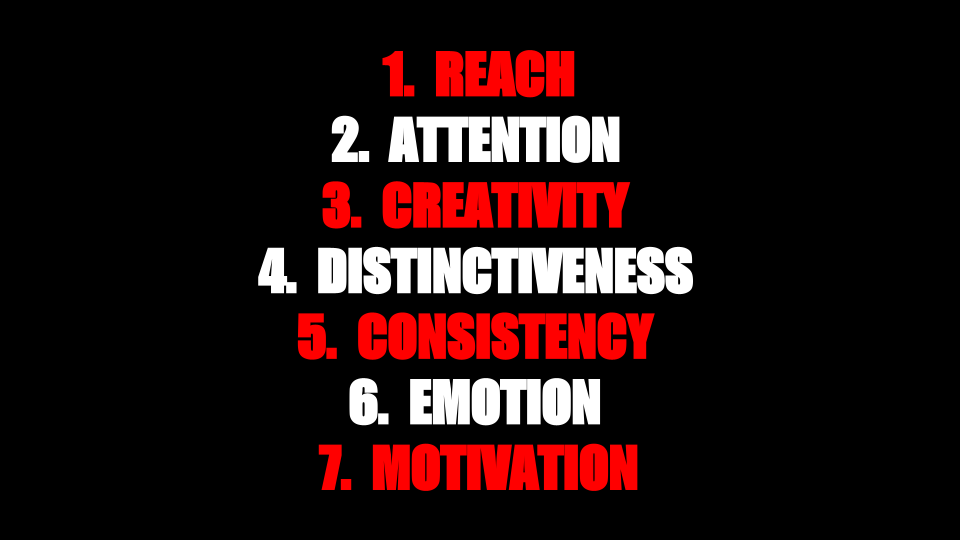 The most effective communication has always and will always combine human creativity and imagination with the power of technology. But our obsession with the latter can drown out the importance of the former.

Marketing technology is mostly an enabler, a delivery mechanism to get communication in front of people. Whether it’s then noticed, attended to, processed, remembered and affects behaviour is mostly down to the power of the content to trigger the right response in our brains.

So let’s not confuse the ends of changing businesses with the means of only employing technological change to achieve it. Or we risk missing out on the power of something at least as powerful as what’s changing: what won’t.