ROI is a mass of contradictions. It’s loved by many, hated by some, really hated by a few. It’s simultaneously what marketers say is their most important metric, whilst also being marketing’s most misunderstood, misused and even damaging.

Far smarter, more data literate people than me have been warning of the dangers of focusing on maximising ROI for a long time. Other equally smart people also say it’s ok to use ROI so long as you know what it’s good for and are aware of the pitfalls, and in any case what would we use instead to compare the value for money you’re getting from channels and campaigns? Both are right.

For many, the problems with ROI are well known. But sadly because those problems aren’t easily intuited, it will always be important to keep reminding and educating ourselves about them so that fewer people get seduced by it and unwittingly allow it to limit their brand’s growth in the future.

So this is a public health warning for anyone who needs to be made aware of the side effects of getting hooked on ROI. If you know someone in danger of that, in marketing, finance or beyond, feel free to pass this on.

In 2004, London Business School marketing professor Tim Ambler proclaimed ROI dead and ordered its immediate burial. His article ROI is dead: now bury it is a stone cold classic. It’s lost none of its power in that time. In a similar vein, Byron Sharp calls ROI a ‘stupid metric….that can send you broke’. Peter Field has called it ‘incredibly dangerous’.

ROI lives on and no one ever did bury it.

ROI’s seductive power for marketers is rooted in its origins as an accountancy term. This makes it irresistible to a discipline which is constantly told it needs to be more conversant in the language of the boardroom. And whilst it seems perfectly obvious that a business would want to achieve a high return on investment in everything it does, when you get into how ROI actually works it’s really not that simple.

Most of the people who pepper their communication with talk of ROI usually don’t actually mean ROI in the correct definition of the term, and use it inaccurately to mean ‘results’ whilst trying to add a superficial sheen of commercial respectability to what they’re saying. 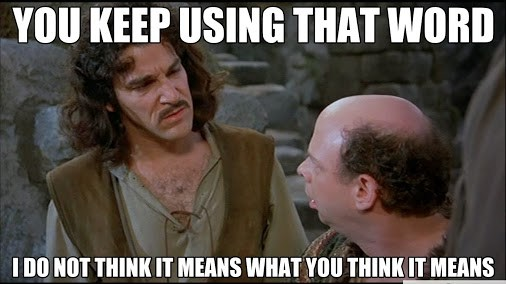 Peter Field says it best: “There are lots of flaky, woolly and totally moronic definitions of ROI floating around in the world of marketing, but there can really only be one – which is the definition of ROI that an accountant would understand. It’s an accountancy term and any attempt to use the term ROI on any of these flaky measures is completely misguided.”

So let’s be clear on its definition: ROI is the net profit generated by your activity, divided by the total cost of that activity. Profit – costs / total costs. 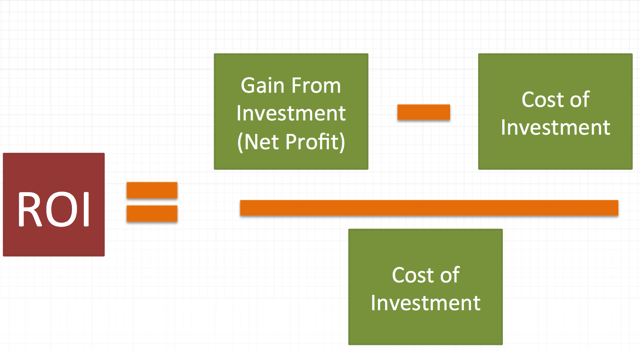 So whilst it incorporates a measure of the effectiveness of your activity (ideally profit), it is not itself a measure of effectiveness, it’s a ratio designed to express how efficiently your activity achieved its incremental profit. As Les Binet likes to say ‘Effectiveness first, efficiency second – net contribution to value first. ROI is a useful metric but not the only one’.

Marketing Week’s ‘Language of Effectiveness’ survey 2022 suggests why ROI is such an important metric for marketers. It’s what marketers believe their boards want to hear: 48% of marketers say ROI is the most important metric for their CEO, CFO and board members. Marketers know that boards like hard numbers, and there’s no harder-looking metric than ROI. 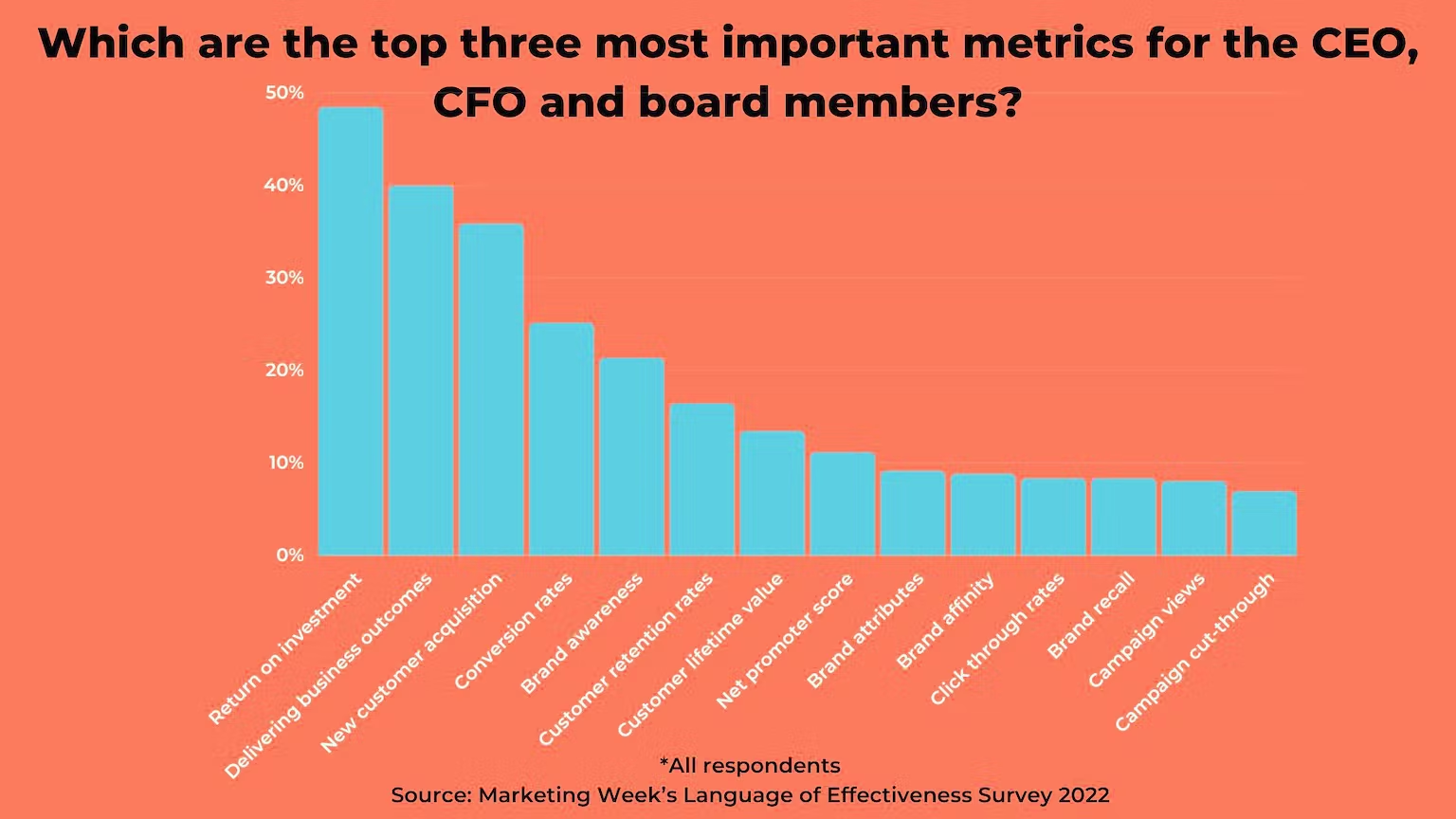 And despite the huge influence of its heavyweight detractors in marketing, ROI looks like it’s growing in significance. In Marketing Week’s survey, 37% claimed ROI has increased in emphasis, topping the poll. 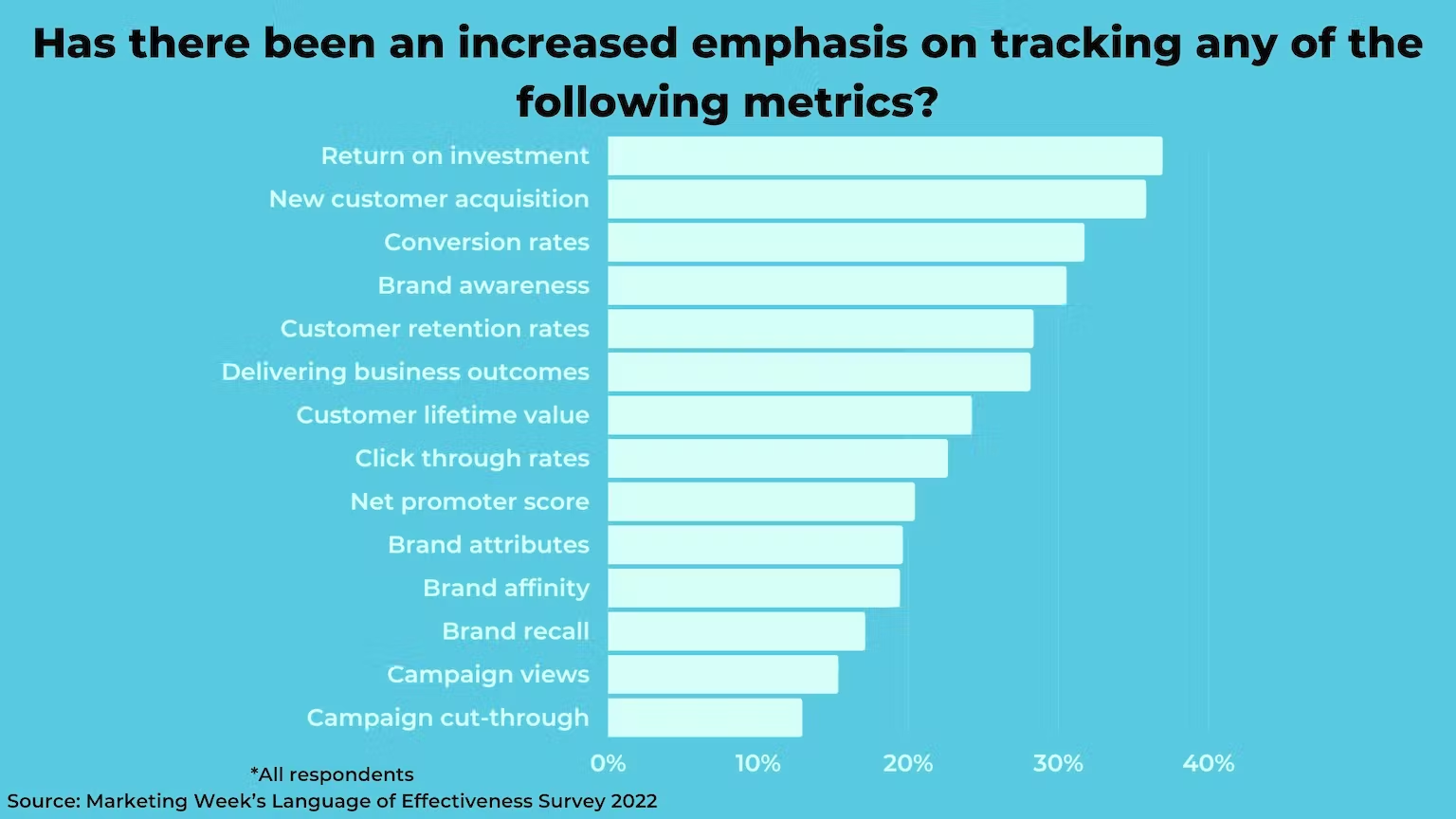 I think there are probably four types of people when it comes to ROI, and they get more sophisticated but fewer in number as you move up the scale. The people who really know what they’re talking about are at the top of the pyramid in group 4. They’re vanishingly rare but we should all aspire to be like them:

There’s not much we can do about the people who use it incorrectly in conversation and presentations for spray-on credibility, apart from to suggest that using it like that will make them look a bit dumb if they are ever allowed into that hallowed boardroom. Using ROI to mean ‘results’ is just one of the very many things that makes us marketing people look stupid to non-marketers on a daily basis.

WHY FOCUSING ON IT CAN BE DANGEROUS

Focusing solely on ROI can be dangerous because, counter-intuitively, it’s likely to inversely correlate with growth. Here’s why.

Focusing on ROI tends to obscure the scale of effectiveness

One of the basic issues with over-focussing on ROI is that due to it being a ratio, it can disguise what really matters: the absolute amount of profit or revenue generated. You should if possible focus on the net profit generated by an activity when judging them against other activities. What matters most is how effective something is at achieving its objectives; how efficient it is at achieving them is secondary. A relatively low ROI of 150% on a $10m campaign (campaign A) drove a $5,000,000 profit, while an amazing 500% ROI on a $100,000 campaign (campaign B) drove only $400,000 profit. Plainly campaign A was far more successful despite its far lower ROI.

All budgets spent in a given channel, will at a certain point, begin to deliver diminishing returns. The first $ you spend will likely be the most profitable, and the last will be the least. Higher spends tend to be more effective (higher profit), but less efficient (lower ROI), and vice versa. Warmer prospects are more likely to notice and respond quickly, but colder prospects are likely to respond more slowly as they need more frequency to notice and pay attention, and more time so more can enter the market. When Les Binet was asked on Twitter recently, which ad campaign from his research had the highest profit ROI, Byron Sharp jumped in and said with his trademark penetrative wit “the one that didn’t spend enough”.

Focussing on ROI can lead to you splitting your budgets into lots of smaller, tactical, less scalable activities that make only very small amounts. These will likely have a higher ROI but are unlikely to make a big impact on a business. Whereas a more concentrated approach with fewer, bigger channels and higher total profit but lower ROI would be more effective. Here’s Peter Field on how focusing on ROI can deliver “very mediocre improvements in trading, but at a minute cost…These are typically…highly tactical initiatives that look fantastic in terms of ROI, but are not scalable and do not drive long-term growth”.

So having a high ROI may actually mean you’re not spending enough money to maximise sales or profit. A high ROI is better viewed as a signal that you should be working with your finance partners to unlock additional budgets to invest; it shouldn’t be seen as something to celebrate.

In summary: focusing on maximising ROI can destroy value

It can lead you to be satisfied with small budgets, or even deflate your budgets, and ultimately destroy value. That’s because the easiest way to boost ROI is not to grow the numerator (your net profit), it’s to shrink the denominator (your budget). If you focus on growing ROI rather than actual growth, it can lead to odd decisions like accepting smaller budgets overall or atomising your budget across too many channels.

SO WHY USE ROI AT ALL?
None of this is really an argument for banishing or burying ROI. Just seeing it as one metric that’s useful but not as important as what actually really matters to CFOs and boards – real business outcomes like new customers, increased sales, or better, profits.

Of course it’s important to know that growth isn’t coming at too high a cost to be sustainable, i.e. that it’s being delivered efficiently, but that has to be secondary: effectiveness first, efficiency second. It’s not a metric you should be using for big strategic decisions, but for keeping an eye on the efficiency of what you’re doing.

Another use for ROI is that it can help when making comparisons between activities that would otherwise be impossible to compare. For example the IPA Effectiveness Awards require brands to calculate ROI to help judges in their assessments between vastly different campaigns, brands and categories. But they’re judged very very carefully by a large panel of data and econometrics experts who are all intimately familiar with the issues.

In talking to Dr Grace Kite about ROI, she was characteristically realistic and pragmatic about it all, and less academic or concerned by its use than other marketing effectiveness experts. “I stand behind ROI. Value for money is always important in big purchases, and million pound advertising campaigns are no exception. Marketing directors and CMOs know this, they are very rarely that strange breed of person that’s got more money than sense.”

She shared a typical chart she uses with clients, which aims to plot the total revenue, scale of activity and the ROI achieved by different channels and activities – with the aim to get as many big blobs of activity in the right-hand upper quadrant of the chart.

So it’s ok to use ROI in context of the overall effectiveness of an activity, but it’s also important to be aware of the damage that an over-reliance on it can cause. Grace would argue that so long as you’re prioritising the scale of revenue or profit impact of your activity, and are aware of the dangers of reducing budgets to artificially increase the only secondarily important measure of efficiency, it’s just common sense to keep an eye on the value for money you’re getting in different channels.

So don’t focus solely on maximising ROI, use it to assess value for money alongside other, genuine measures of effectiveness.

Its digital doppelganger ROAS, however, seems to be more problematic, but that’s another story.

*For any non-UK readers, Marmite is a yeast-based spread whose long-running advertising slogan ‘You either love it or hate it’ has become so famous that if you describe something as ‘marmite’ to anyone in the UK they know that you mean it’s extremely polarising. And you can even do fun/tasteless things like this in ads on the death of a much loved/hated figure.